Awa Odori (Awa Dance Festival ) is the largest and most famous dance festival in Japan, held as part of the Obon festival which is a Japanese Buddhist custom to honor the spirits of one’s ancestors.

Groups of dancers and musicians parade through the streets.

Bon-Odori, Bon Dance, has been hands-on from generation to generation more than 500 years as the main event of the Bon festival in Japan.

Although the term of “Awa Odori” has been used since the 20th century, Bon festivities in Awa ( Tokushima ) have been famous for its scale and popularity since the 16th century. 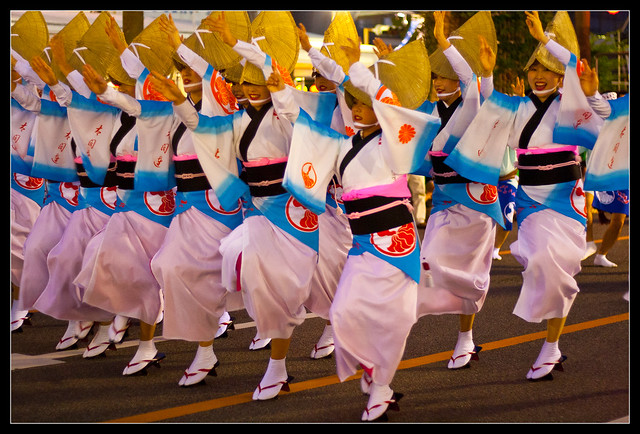 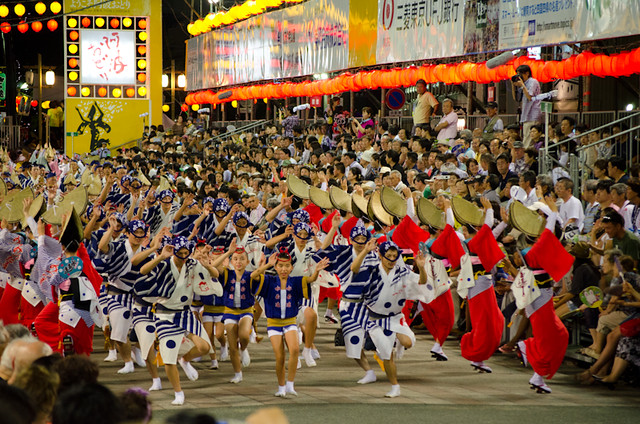 Overview Gion Matsuri ( Gion Festival)  is one of the most famous fes...

Overview Gokayama Mugiya Matsuri is the Reisai, the most important ev...

Overview Reutaisai or Taisai is the most important annual festival fo...

Overview Eisa is folk dance originating from the Okinawa Islands and ...

Overview Soma-Nomaoi is a festival jointly organized by three shrines...

Overview The Takekiri-eshiki is the annual bamboo cutting ritual at K...