It is worth to see the groups of participants from every19 blocks of Murakami city walk through the city with pulling their two stories 5-meter tall float called “Oshagiri”.

This spectacular festival attracts not only local residents but also hundreds of visitors from outside the region.

On June 7, 1633, the lord of Murakami moved Nishina Haguro Shrine from middle of Gakyuzan mountain to the present location in order to avoid looking down the shrine from the castle because it was considered as rude.

People celebrated the moving of the shrine with marching through the city with pulling the float and drumming Japanese traditional drum called Taiko.

That is believed to be the origin of Murakami Taisai, Murakami Grand Festival, and handed down over many generations as an annual festival. 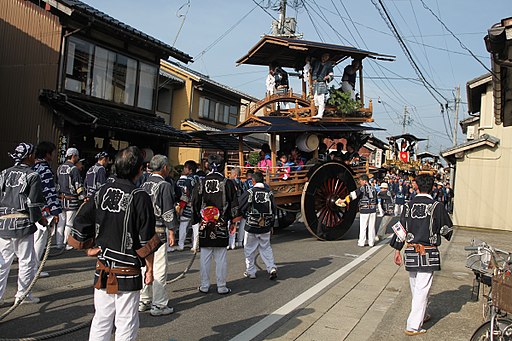 Overview The Sanno Matsuri is known by the spectacular parade which t...