Yamagata Hanagasa Matsuri is authentic and traditional style dance parade with the old-style music called “Ondo”. Dancers hold a Hanagasa, a hat decorated with artificial flowers, and wear the same costume, such as Kimono, Yukata, and modern street fashion, per group.

Although its history is relatively short compared with other major traditional Japanese style festivals, you can see Yamagata Hanagasa Matsuri’s influence in many other Japanese Summer festivals in terms of styles of dance and music which makes Japanese people in 40 and above feel some sort of nostalgia for early Showa era, particularly 50’s and 60’s.

Also, it was choreographed for the parade in Zao Summer Festival started in 1963 (Showa 38). 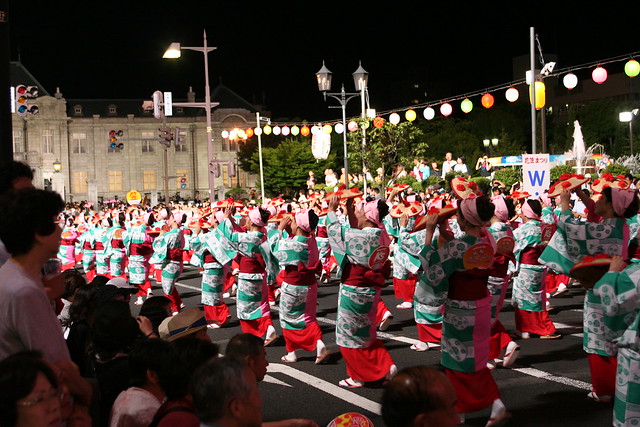 Overview Shinjo Matsuri, Shinjo Festival, is one of the most popular ...

Overview Sagimai, heron dance, is a ritual of the Gion Festival of th...

Overview Gokayama Mugiya Matsuri is the Reisai, the most important ev...

Overview Shrine parishioners from all shrines in Samukawa-Cho and Chi...