Eisa is folk dance originating from the Okinawa Islands and it was started as Bon dance during the Bon festival to honor the spirits of their ancestors.

After the 20th century,  Eisa has been modernized significantly after introduced vital parts of Okinawan culture.

The core of Eisa consists of nembutsu songs. The Ryūkyū-Koku Yuraiki (1713) attributes the introduction of Nembutsu to Taichū (1552–1639), a Jōdo sect monk from Mutsu Province.

According to the record, he translated Buddhist teaching into the vernacular speech and taught it to the people of Naha during the reign of Shō Nei. Other sources confirm that Taichū stayed in the capital region for three years in the early 1600s and converted the king and other high-ranking officials. 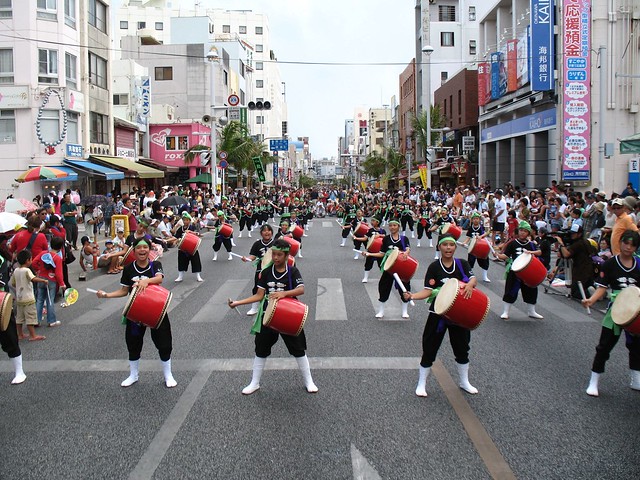 Friday, Saturday, and Sunday of Late August or Early September

Overview Gannin Odori is a ritual dance which was introduced to Hachi...

Overview Isaki no Saotobi, which can be translated as "Diving from a ...

Overview Ushi-oni Matsuri is the three days Summer festival held in U...

Overview The Yamahage Festival is a festival dedicated to Takumo Shri...

Overview Kouchi Matsuri is a Reitaisai, which is the most important e...

Overview Otaue Matsuri (Rice-planting festival) has been handed down ...

Overview The Hikiyama Matsuri is famous for the parade of three beaut...