Gion Matsuri ( Gion Festival)  is one of the most famous festivals in Japan. It goes for the entire month of July and reached its climax on July 17 and July 24 when the parade which is known as the Yamaboko Junkō, takes place.

In 869, the people were suffering from plague and pestilence which was attributed to the rampaging deity Gozu Tennō. Emperor Seiwa ordered that the people pray to Susanoo-no-Mikoto of the Yasaka Shrine.

This practice was repeated wherever an outbreak occurred. In 970, it was decreed an annual event and has since seldom been broken.

Over time the increasingly powerful and influential merchant class made the festival more elaborate and, by the Edo period (1603–1868), used the parade to brandish their wealth.

In 1533, the Ashikaga shogunate halted all religious events, but the people protested, stating that they could do without the rituals, but not the procession. This marks the progression of the festival’s current form. 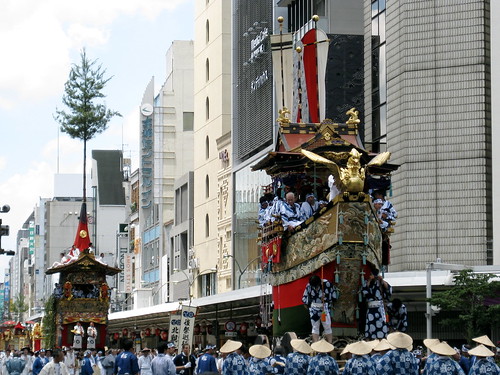 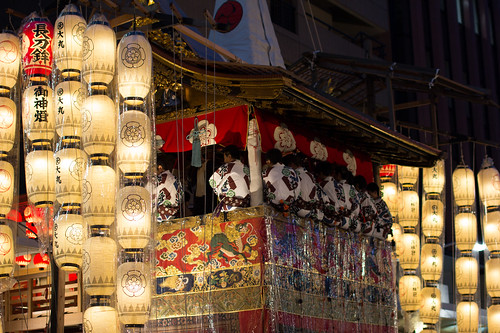 Overview Tonami Yotaka Festival is famous for the parade of festival ...

Overview The Sanno Matsuri is known by the spectacular parade which t...

Overview Noshiro Tanabata ( AKA Noshiro Nebunagashi ) is a traditiona...

Overview Noh is a major form of classical Japanese musical drama that...

Overview Hamamatsu Kite Festival is generally known to have multiple ...