Sugou Shishi is a kind of lion dances which is dedicated to either Hakusan Shrine or Matsuo Hakusan Shurin alternately in every year on Reisai, the most important event of the year for both shrines, in order to thank for a good harvest in Autumn.

Sugou Shishi is consists of 3 separate dances; Kiyoku Jishi, Tengu Jishi, and Kinzou Jishi which have its own style and theme and known for its unique and acrobatic dancing move.

Although the origin of Sugou Shishi is yet unknown, it is said that founder was Ryukan.

Ryukan was the monk who was exiled to Hida together with his father Gyoushin who came from Shiragi which was a country existed in Korean peninsula after participated the coup attempt led by Prince Ōtsu in 686. 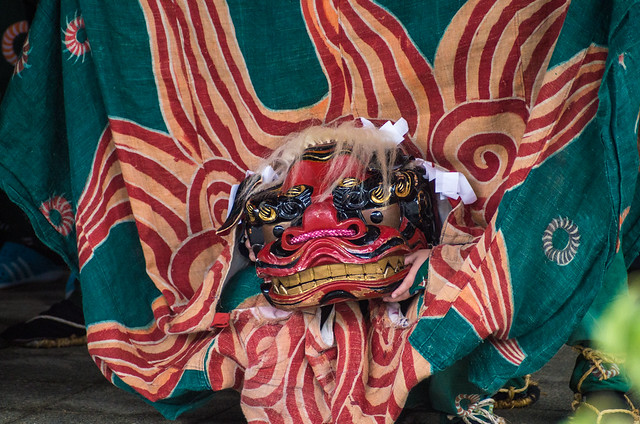 Overview Menkake Gyouretsu is a parade which is taken place in the Re...

Overview The Hikiyama Matsuri is famous for the parade of three beaut...

Overview The Atsuta Matsuri at the Atsuta Jingu Shrine is one of the ...

Overview Isaki no Saotobi, which can be translated as "Diving from a ...