Sanja Matsuri, “Three Shrine Festival”, is one of the three great Shinto festivals in Tokyo. It is considered one of the wildest and largest.

The festival is held in honor of the three men who established and founded Sensō-ji. Sanja Matsuri is held on the third weekend of every May at Asakusa Shrine.

Its prominent parades revolve around three mikoshi (portable shrines referenced in the festival’s name), as well as traditional music and dancing.

Two fishermen found a statuette of the Bodhisattva Kannon caught in a fishing net in the Sumida River on the early morning of March 18, 628. The third man, a wealthy landlord heard about the discovery, approached the brothers and converted them to Buddhism.

The three men then devoted their lives to the Buddhist faith and consecrated the statue in a small temple.This temple, now known as the Sensō-ji, currently houses the Kannon statue and is the oldest temple in Tokyo. 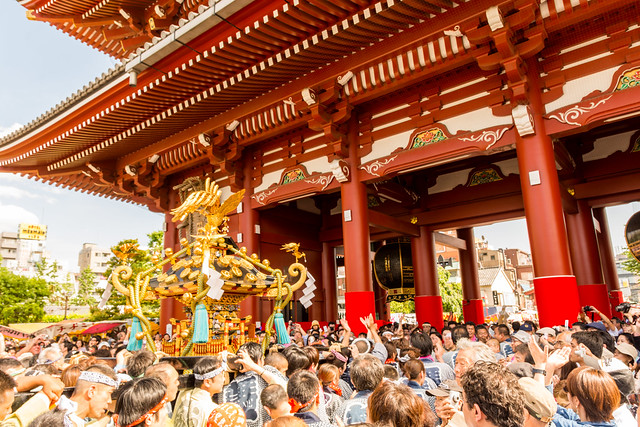 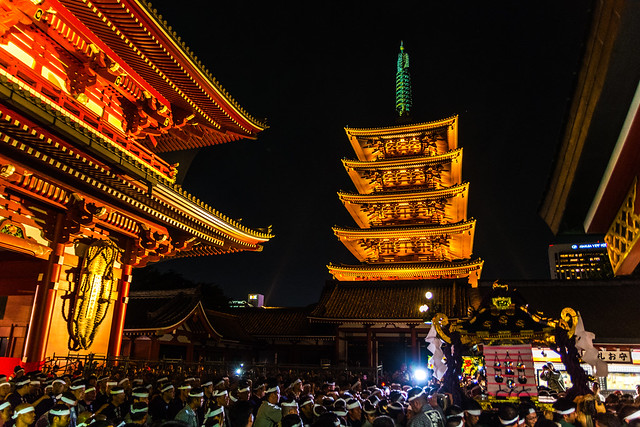 Third Sunday in May
Dates and functions are subjects to change without notice. Be sure to check the latest information in advance.

Overview Soma-Nomaoi is a festival jointly organized by three shrines...

Overview Tonami Yotaka Festival is famous for the parade of festival ...

Overview Menkake Gyouretsu is a parade which is taken place in the Re...

Overview The Yamahage Festival is a festival dedicated to Takumo Shri...